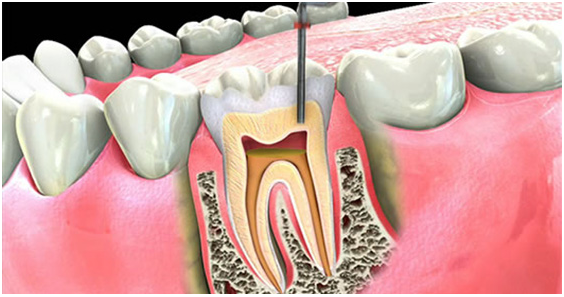 Have you ever had a root canal? You could be at risk for cancer!
A root canal is when a dentist or orthopedic surgeon removes the nerves and pulp from inside the tooth. Leaving a dead tooth inside your mouth, just begging to be inhabited by bacteria.
Many dentists and orthopedic surgeons say that root canals are safe and effective. What they don’t tell you is that you could be at risk for harboring bacteria and potential disease, in your mouth.
The Toxic Element Research Foundation (TERF) identified pathological bacteria found in root canal teeth, the bone adjacent to the tooth, and more in the extraction site where healing has not been completed.
What dentist don’t know about the Anatomy of your teeth
Dentist are taught in dental school that there are four main branches in the teeth, this may be true; however there are many other channels in the teeth. Our teeth are like blood capillaries; they extend for miles and miles.If you were to extract the tubules from the tooth they too would extend for miles.

After doing a root canal, he or she will fill the hole with a type of filling to seal it. Just because they do this does not mean that the whole tooth has been sealed. There are tiny tubules within the tooth that they can not reach and will remain open to harmful bacteria.
Bacteria can get into the tubules and live there without food or blood supply, and they can never come out. The bacteria live in the tooth tubules and infects the bloodstream with their harmful bacteria.

The Cause of many diseases
Because the tooth has been hollowed out by a dentist, that leaves room for harmful toxins and disease to live in your teeth and into your bloodstream. When you have a root canal, you have no nerves or sensitivity to that tooth anymore. If it breaks, you won’t know because it has no nerves. So, when it becomes infected you can’t know because there is nothing there to tell you that your tooth is supposed to be hurting.
Your body lets you know when something is not right with itself. Even when you have no feeling in your tooth, your body still tries to let you know that there is something not right within that area.
Root Canals can Lead to Heart, Kidney, Boen and Brain diseases
When you think about heart, kidney, bone and brain diseases you don’t think about teeth being the cause of it. This is because most doctors don’t know that root canaled teeth are the cause of this. You have nerves and pulp in your teeth that stream from the tooth to the gum and into the bloodstream.
When a patient gets a root canal, they are exposing the tubule that connects the tooth to the bloodstream, which allows diseases to enter the bloodstream with no problem. The harvest themselves in the dead tooth and survive there until they are ready to attack the bloodstream.
Good Bugs Gone Bad
There are good and bad bacteria everywhere in your body. In your mouth is mainly good bacteria, until you have a root canal. When studied, more bad bacteria were found in the blood surrounding the tooth than the actual tooth, and even more found on the bone surround the tooth.
Why Dentist Cling to the Belief Root Canals are Safe?
If you were a car salesman, you wouldn’t discourage a customer from looking at a car they, like if you’re going to get a big bonus from it. That’s what dentists are doing; they are not telling their patients what could potentially happen to them if they get a root canal, because root canals are the most profitable procedure a dentist does.
What You Need to Know to Avoid the Root Canal
As you’ve read getting a root canal can prove to be harmful the health of the rest of your body. But, just pulling the tooth is not enough as dentist was trained to leave the periodontal ligament after taking the tooth. This ligament serves as the breeding grounds for all the harmful bacteria. Source : naturalhealth365.com 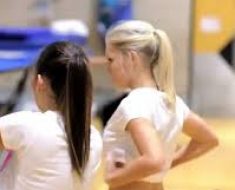