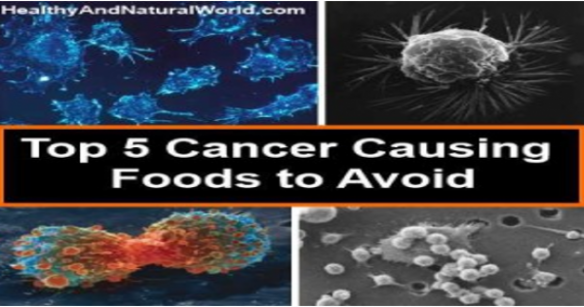 Who isn’t afraid of the word “cancer”? we all know a family member or a friend who had it. And indeed, according to the American Cancer Society, more than one million people in the United States get cancer each year. The American Cancer Society lists many possible causes to cancer disease, including genetic factors, lifestyle factors such as tobacco use, diet, and physical activity, certain types of infections and environmental exposures to different types of chemicals and radiation. Since I’m very interested in healthy nutrition, I’ve written in the past about the top 14 foods that protect against cancer development, but it won’t help if we eat those foods while consuming large amounts of other foods that can increase the risk of cancer. So lets have a look at these cancer promoting foods so we all know not only what to eat, but what NOT to eat (or at least reduce their intake).