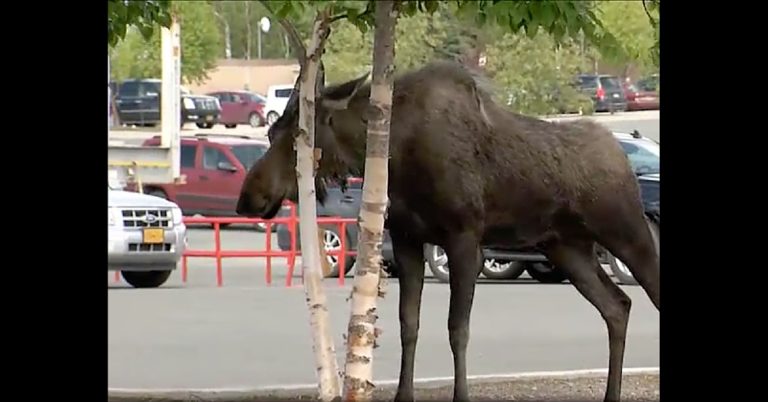 A moose in Anchorage, Alaska, gave shoppers a once-in-a-lifetime experience in the Lowe’s parking lot this week.

Because of Anchorage’s close proximity to the Alaskan forests and mountains, it’s not uncommon for residents to see wildlife wandering around the more populated areas. However, what this moose did was out of the ordinary, even for Alaska!

Right in the middle of the parking lot, the moose gave birth to her calf!

“My morning was just literally driving up and my daughter saying there was a moose and then I noticed a baby!” one woman told CNN affiliate KTVA.

Another witness said, “I’ve been here 50 years, it’s just unbelievable to see it in a parking lot.”

Ken Marsh of the Alaska Department of Fish and Game said May and early June is moose calving season in south-central Alaska. Usually, though, the moose aren’t dropping their calves in the middle of town.

The experience was an unforgettable one for the people who got to witness the birth, and definitely an educational one for the kids who were there.

Thankfully, everyone gave the moose and her new baby some space and let them rest and recover without any disturbances.

What would you do if you saw a moose giving birth in the middle of a parking lot? So share this!
Prev Article Next Article 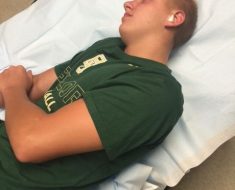 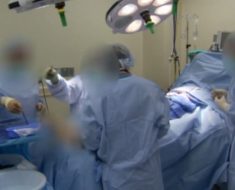 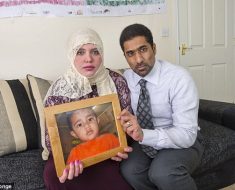 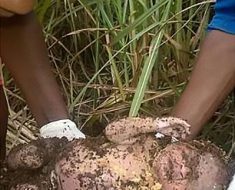 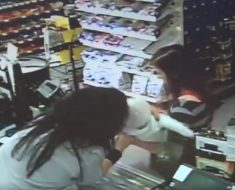