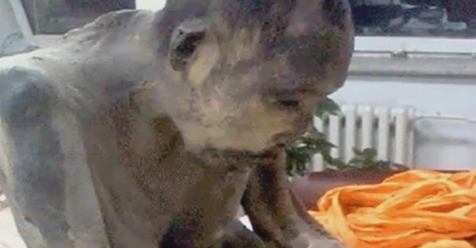 This statue from China depicting a smiling Buddha is almost 1,000 years old. Statues like this have become very popular all over the world in recent years, but this statue conceals an amazing secret. 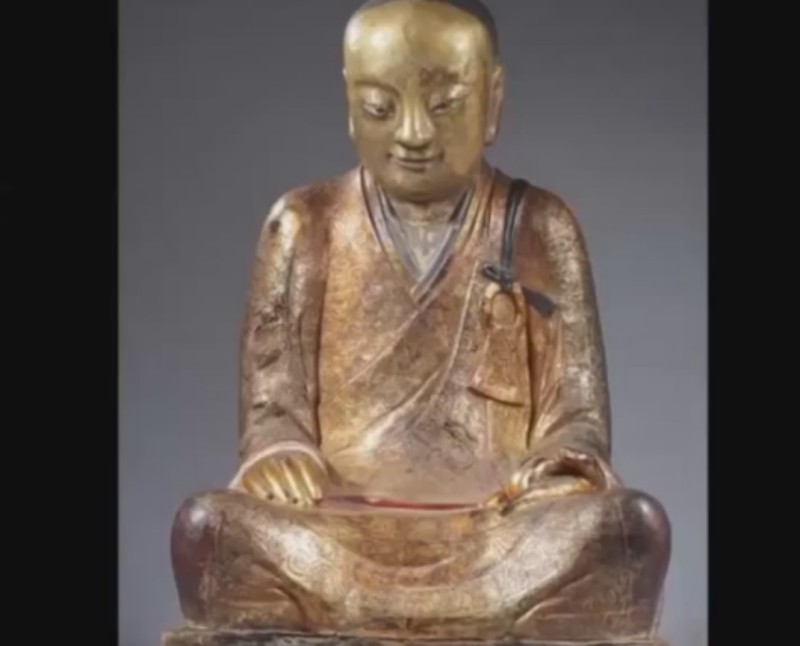 In order to learn more about the fascinating statue, researchers gave the “oldest patient in the world” a CAT scan. But what they discovered inside was something no one ever thought was possible. 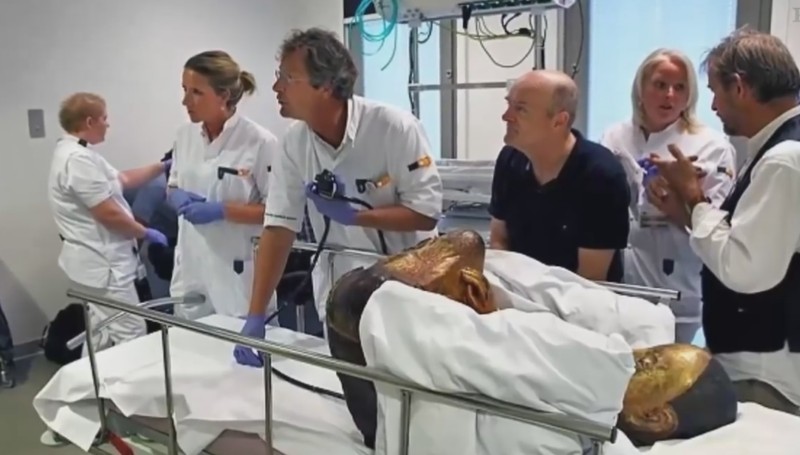 Inside the statue was the skeleton of a perfectly preserved Buddhist monk. When researchers took a closer look, they could hardly believe what had been done to him. 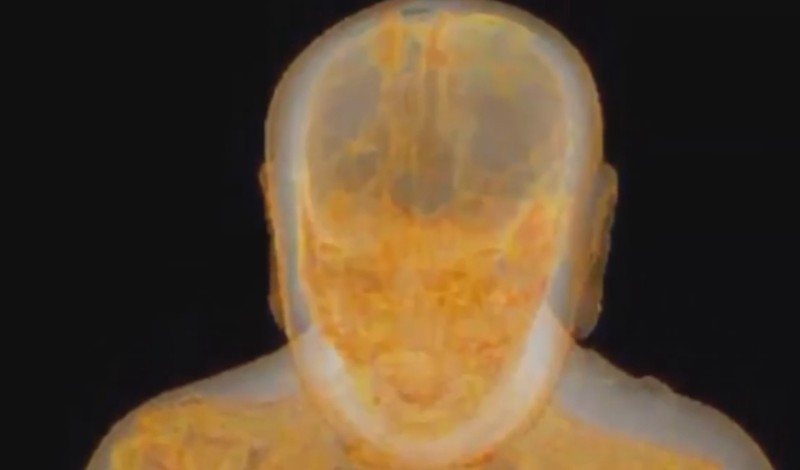 The monk was most likely mummified inside the statue through a complex procedure. Among other steps, this procedure involved drinking a special poisonous tea and being buried alive inside a large stone grave. 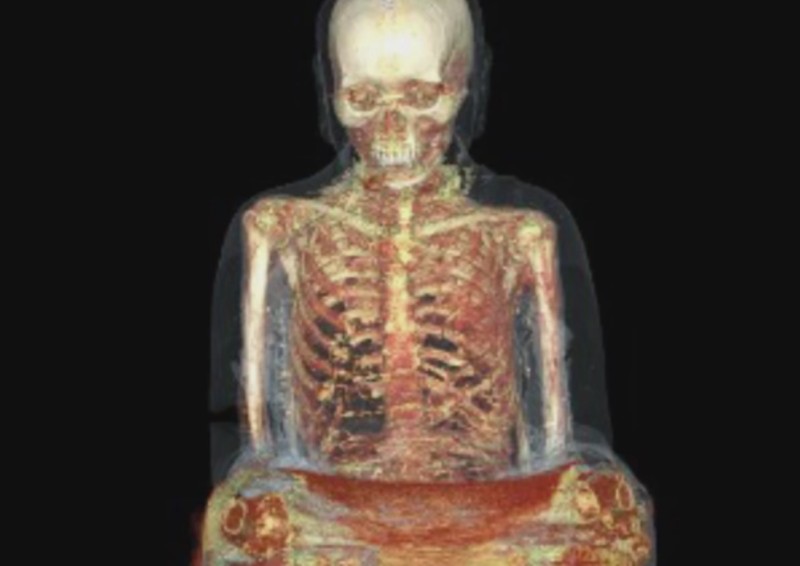 The monk continued meditating inside the grave to reach enlightenment. He breathed through a hidden tube and rang a bell to signal that he was still alive. When the bell fell silent, he remained in the tomb for another 1,000 days. The man that the researchers found, however, is not just some monk, but Liuquan, an influential figure in the history of Buddhism who lived almost 1,000 years ago. 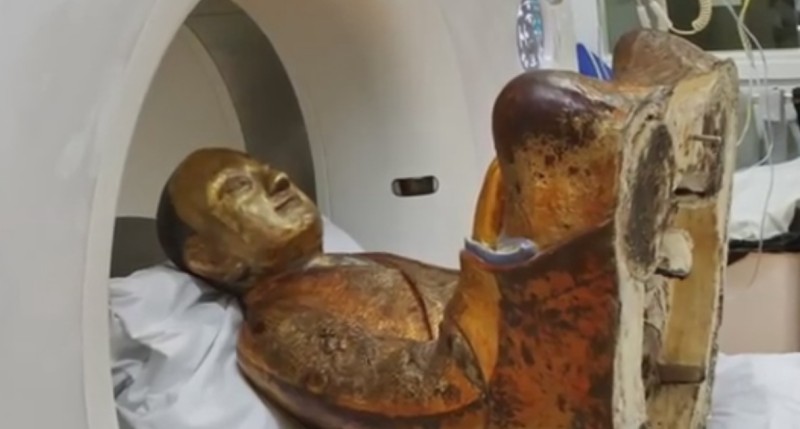 Because he was so important, the researchers believe that he was removed from the tomb and turned into a Buddha statue. They were surprised to discover that his inner organs were removed during the transformation. In their place they found pieces of parchment with mysterious Chinese characters. The meaning of these characters is still being feverishly decoded by the researchers. 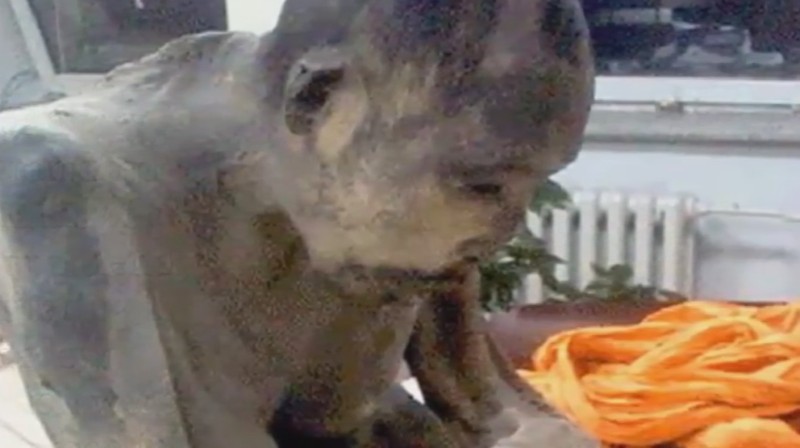 These kinds of Buddhist mummies are commonplace. For example, in January 2015, archaeologists found the corpse of a 200-year-old monk in Ulan Bator, the capital of Mongolia. Even in death the monk assumed the Lotus Position and appeared to just be sleeping.

You can watch a video about this amazing discovery here…

Today, Buddhists say that Liuquan and the second monk have reached enlightenment through their meditation and are therefore not actually dead — they are only in a deep phase of meditation. If that is true, you really have to ask what Liuquan thinks of the world today, witnessed over his long trip from China to Europe into the “Drents Museum” in the Netherlands. He probably doesn’t find it half as fascinating as we find him. Share this story about the “immortal monk” and see how fascinated your friends are with him! 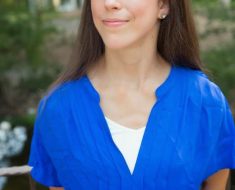 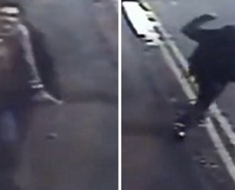 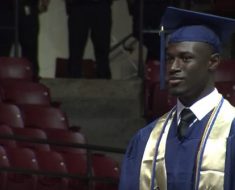 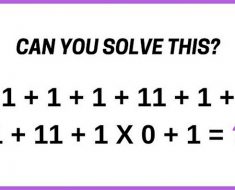 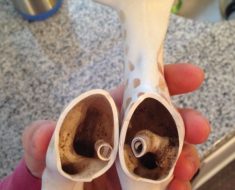 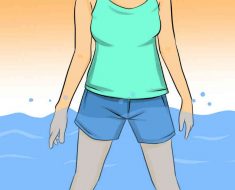