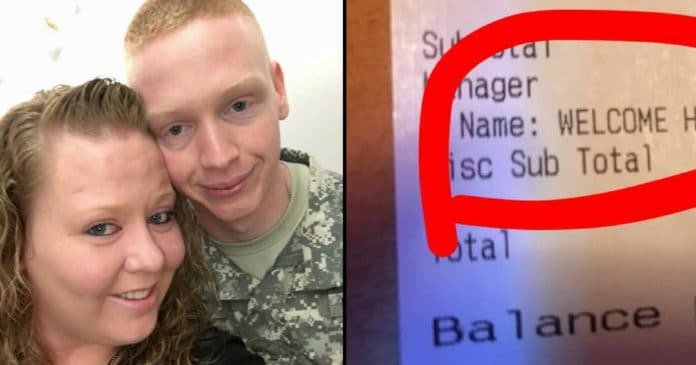 Our military sacrifices so much for us – their time, their families, and sometimes even their lives. Anything we can give in return will probably never measure up to what they have done, but it never hurts to try.

Courtney Adams was overwhelmed when the staff at Texas Roadhouse went above and beyond to show respect and gratitude to her husband, Christopher.

Christopher has been deployed in Germany but got permission to come home and surprise his dad for his birthday.

While Texas Roadhouse doesn’t take reservations, when Courtney called and explained the situation they told her without hesitation that they would reserve a table for 12 for the family. They even closed the blinds so Christopher’s dad wouldn’t see him walk in.

As Christopher walked to the table the manager recorded the whole thing on his personal phone so the family would have the memory to cherish forever.

When Christopher’s dad turned around and saw his son, his reaction was priceless! He gave him a huge hug and didn’t want to let gol

But the surprises weren’t over yet. The restaurant specially ordered a cake for Christopher, and when the check came they had a special message waiting.

After the subtotal the manager had written “Welcome Home” and then gave the family a 100% discount on their dinner!

“My heart is so full,” Courtney wrote, “thanks to the managers and staff of Texas Roadhouse!!! This was the best night ever!”

Were you happy to see the way the staff at Texas Roadhouse honored this returning soldier? So share this! 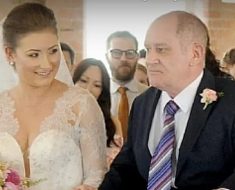 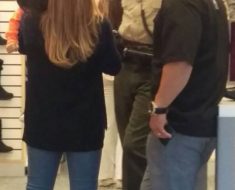 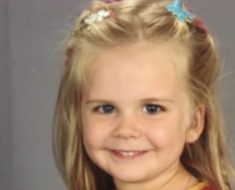 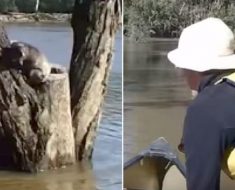 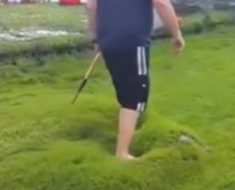 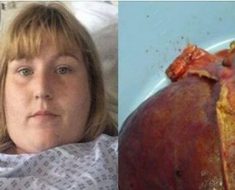